An analysis of the symbolism shown in JoJo’s Bizarre Adventure: Golden Wind, during the aftermath of the battle between Giorno and Diavolo. 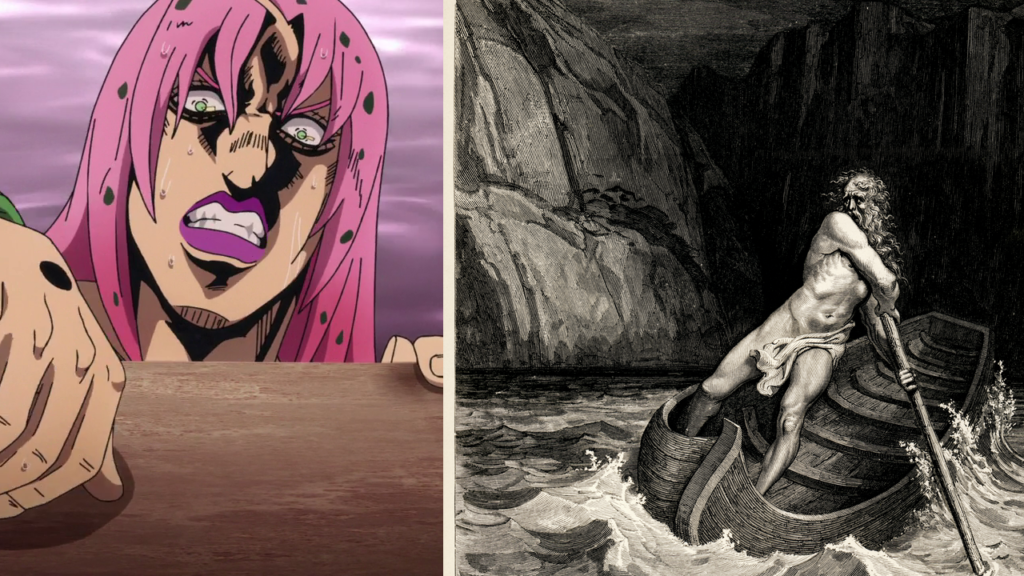 Hello, welcome to “JoJo’s Bizarre Analysis”, a chronicle about analyzing various aspects of the “JoJo’s Bizarre Adventure” series. In this chronicle, I will discuss various topics such as symbols, behind-the-scene details, or inspirations in JoJo. Please note that Hirohiko Araki will probably not have confirmed what I will claim in this chronicle. As such, consider it food for thought that is coming from my own intuition rather than an official statement.

In the climax of Golden Wind, the fifth part of JoJo’s Bizarre Adventure, Gold Experience Requiem pummels Diavolo, the main antagonist, into the Tiber river. However, his daughter Trish feels that he is still alive. Indeed, we then see Diavolo crawl out of the water and into a sewer. From there, Diavolo keeps living different scenarios in which someone or something violently kills him. This fate is particularly interesting because of its imaginative cruelty and it raises many questions about the nature of the afterlife in JoJo and the power of Gold Experience Requiem itself. The fans also unanimously agree that it is one of the worst possible fates you could suffer.

Today, I want to talk about one particular moment in Diavolo’s demise, the moment he falls into the Tiber and then emerges from the water.

When Gold Experience Requiem punches Diavolo, he makes him fly into the river. The Boss then reemerges from the same side as the one he came from.

The boundary between the world of the living and the world of the dead is often represented with a river across multiple cultures. For instance, in Norse mythology, there is the river Gjöll which separates the living from the dead. In ancient Egypt, the people commonly buried their pharaohs on the West bank of the Nile, which they viewed as the “realm of the dead”. The most famous example of that boundary is of course the river Styx, which the boatman Charon crosses by boat to bring the dead to the underworld (in some versions of the myth, he crosses the river Acheron instead). Even in Buddhist Japanese mythology, there is the Sanzu river which the dead cross in order to enter the underworld.

In Diavolo’s case, he literally and metaphorically doesn’t cross the river and instead lingers on the same side from which he came. I like to interpret this as Araki showing that Diavolo has been barred from the afterlife. In a way, Araki announces beforehand what Diavolo’s fate will be right before we get to see it.

Thus, Diavolo is still there somewhere in the world of the living. He continuously experiences death, but is forever unable to “get to the other side“. 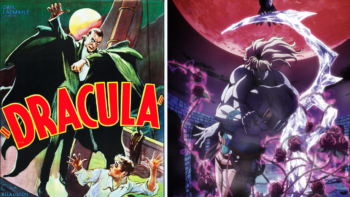 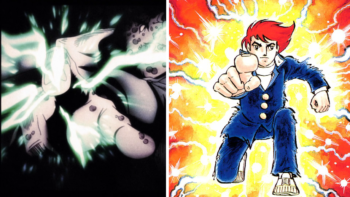