The 101st volume of Detective Conan features an illustration and description of Rohan Kishibe by Gosho Aoyama. 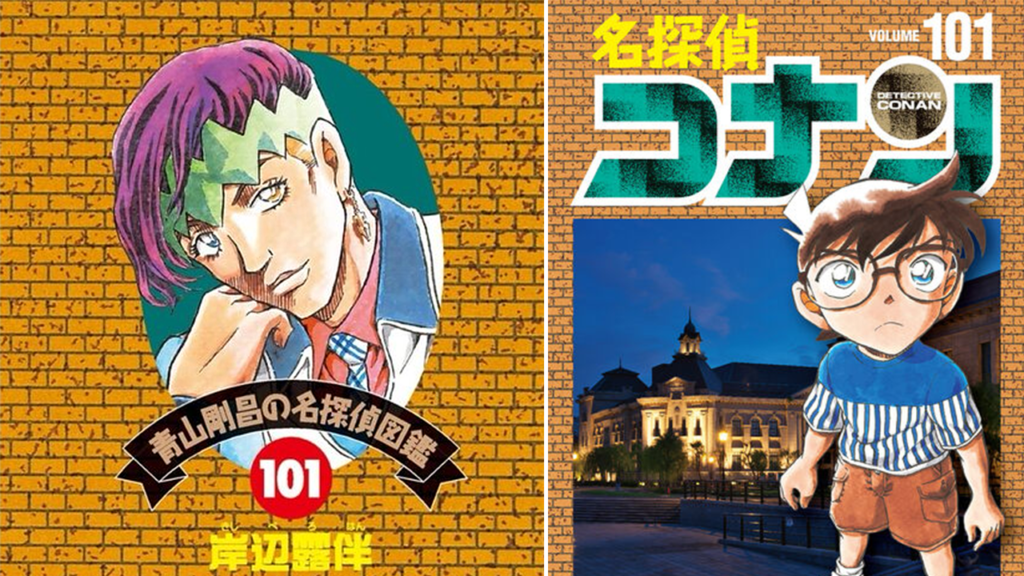 The 101st volume of Gosho Aoyama’s Detective Conan manga released on April 13, 2022 with an illustration of Rohan Kishibe as the volume’s featured detective. Each volume of Detective Conan features a “Detective Picture Book” which includes a brief write-up on a famous fictional detective. In rare cases, they may also feature a criminal. Along with a colored illustration of the character, Aoyama ends with a story recommendation from where the character is from.

Let me introduce Rohan Kishibe, the most unique of all famous detectives! Rohan is a super popular manga artist with a series in the Shonen Jump magazine. He’s also an eccentric who devotes his entire life to manga! He trains his body for this sole purpose, waking up in the morning to do finger exercises, and immersing himself in his work with an almost inhuman degree of skill. Also, he’s unable to control his curiosity when something catches his eye, which often leads to him getting involved in bizarre cases.

During these bizarre cases, he calls himself forth to investigate with the help of “Heaven’s Door,” which has the special ability to read a person’s life like a book. In addition, he uses his intellect and tremendous self-confidence to get to the bottom of the mystery. Despite this, he seems more focused on his manga rather than solving the actual case… By the way, according to the author, Hirohiko Araki, Rohan Kishibe is his “ideal vision of a manga artist.” If I could use Heaven’s Door, I’d like to take a peek inside of Rohan… (laughs)

(Thanks to Sakaki @Wsstalkback for the scan!)