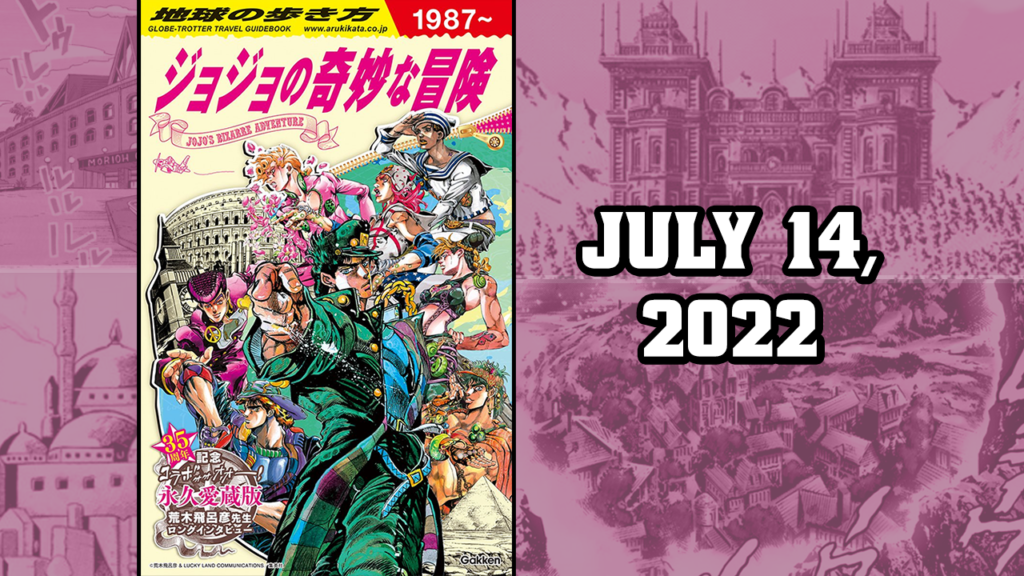 This JoJo guidebook was created to commemorate the 35th anniversary of the series. It covers several locations from Part 1 to Part 8 of the story. Furthermore, it features Sendai City, Miyagi Prefecture, which is Araki’s hometown and served as the model for Morioh in Diamond is Unbreakable and JoJolion.

The book also includes “Walking with Rohan Kishibe at the Louvre Museum”, “Learning from JoJo! Travel Preparation and Techniques”, and a long interview with Araki about his travels throughout the world.