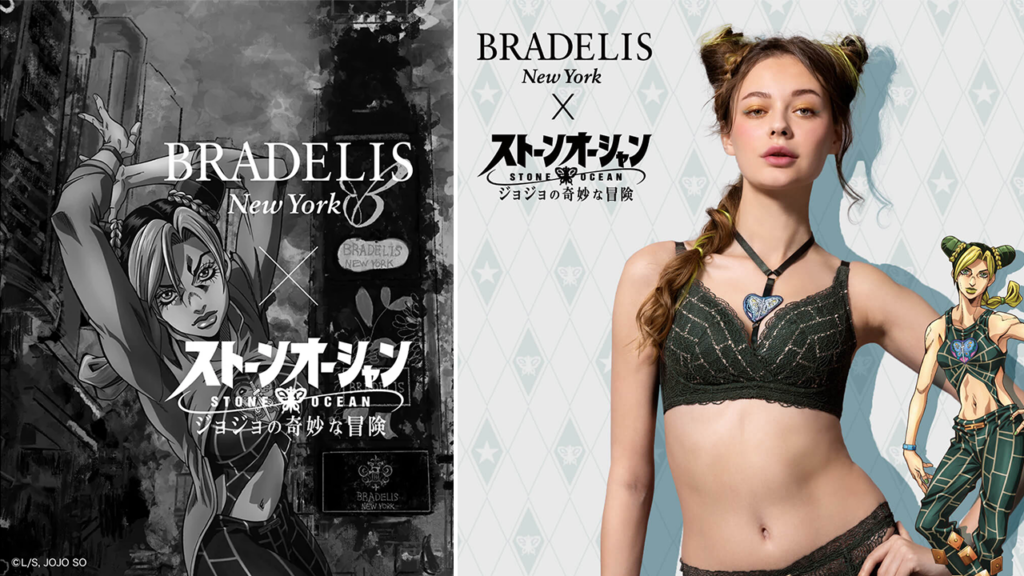 The women’s lingerie brand Bradelis New York is collaborating with the JoJo’s Bizarre Adventure: Stone Ocean anime to sell lingerie themed after Jolyne Cujoh. They will release on January 12, 2023 in Bradelis New York stores in Japan and their online shop.

The lingerie uses stretch raschel lace fabric with a pattern of spreading threads to represent the ability of Jolyne’s Stand “Stone Free“. The wired threads spread out like ripples.

Akiyo Hirakubo founded the lingerie brand Bradelis New York in 1994, based on the need to create pieces that should be classic yet functional. Bradelis is a blend of the words “bra” and “fleur de lis”. New York’s chic style is one of their constant inspirations. Their products are made with intricate Japanese craftsmanship and the idea that women should always feel beautiful and confident in what they wear.