Cool Shock B.T. will be getting a sequel spinoff almost 40 years after its original release, written by Nisio Isin and illustrated by Posuka Demizu. 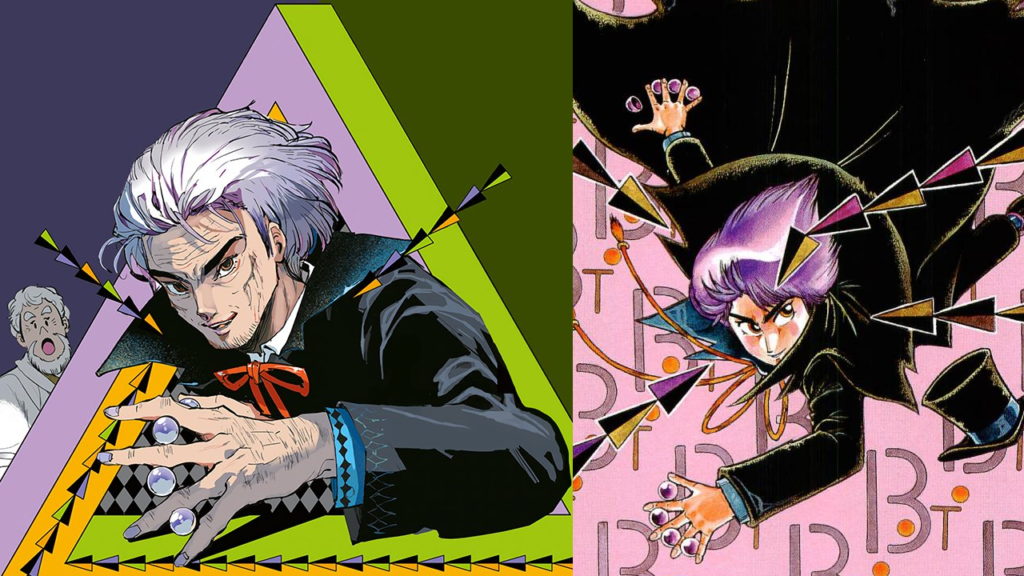 Cool Shock B.T. by Hirohiko Araki will be getting a sequel spinoff almost 40 years after its original release. Titled “Cool Shock Old B.T.” (“Devil Gentleman B.T.” in Japanese), the 51 page one-shot manga will be written by Nisio Isin and illustrated by Posuka Demizu.

The announcement was made in the October 2021 issue of Ultra Jump. It revealed that Cool Shock Old B.T. will be featured in the November 2021 issue, releasing on October 19, 2021.

Nisio Isin is a well-known Japanese novelist and manga author, having written the long-running Monogatari light novel series, Katanagatari, Juni Taisen, and the Medaka Box manga. He was also the author for a JoJo’s Bizarre Adventure spinoff light novel titled JOJO’S BIZARRE ADVENTURE OVER HEAVEN, which released on December 16, 2011.

Posuka Demizu is a manga artist most well-known for illustrating The Promised Neverland. She made her debut in 2013 with her own manga titled Oreca Monster Bouken Retsuden.

In response to the announcement, Posuka Demizu tweeted that she is very nervous and that anyone will be able to enjoy the one-shot even if they haven’t read the original.

Cool Shock B.T. was a manga published on October 23, 1982 by Hirohiko Araki. Cool Shock B.T. is notable for being Araki’s first weekly serialization. The manga is split into six chapters consisting of several short stories featuring the titular character, B.T., and his borderline-criminal escapades and misadventures with his often unwilling friend, Koichi Mugikari. A volume compiling all the chapters was released on October 1, 1984.

For the latest updates on this series, check out our wiki page.