New Jolyne, Scary Monsters, and Pucci Figures Are in Development

Jolyne is getting her third Super Action Statue figure. Scary Monsters and Pucci will be getting new Super Figure Art Collection figures. 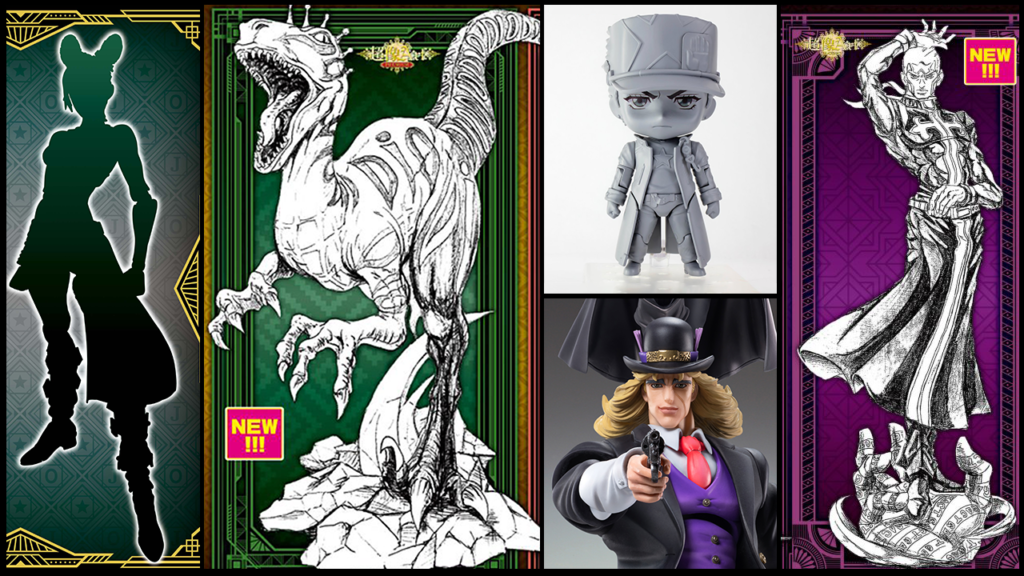 Jolyne Cujoh, the protagonist of Stone Ocean, will be getting a new Super Action Statue figure. It will be the third figure of Jolyne in the SAS series. At the moment, Medicos only revealed a silhouette of the figure.

Along with Jolyne Cujoh who was revealed last September, Enrico Pucci will be getting a new Super Figure Art Collection figure with Whitesnake‘s hand below his feet. Pucci is the main antagonist of Stone Ocean. Additionally, Scary Monsters will also be getting one. Scary Monsters is the Stand of Diego Brando in the seventh part of JoJo’s Bizarre Adventure, Steel Ball Run.