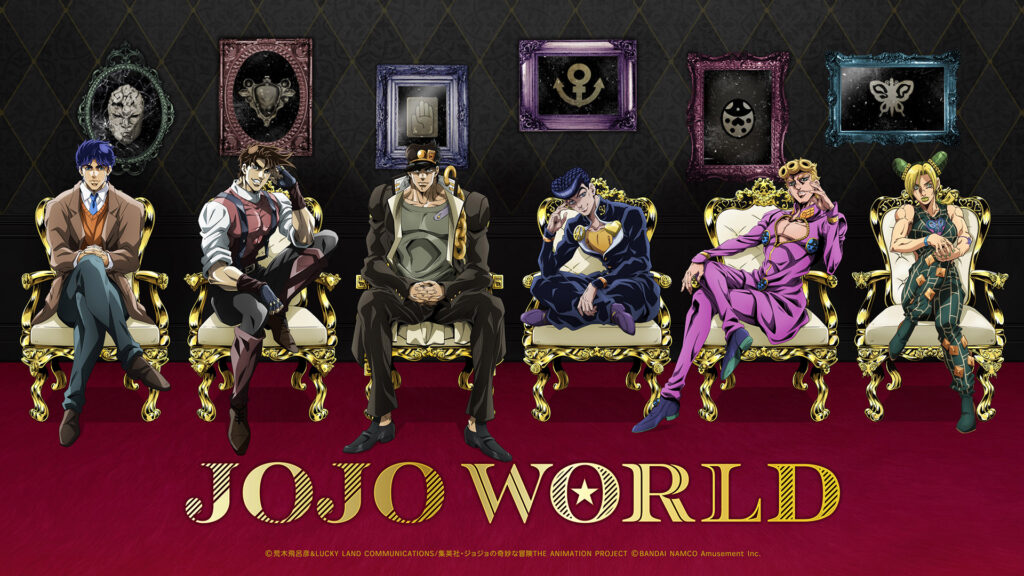 The amusement center JOJO WORLD is re-opening from April 29 to May 29, 2022. It will take place on the sixth floor of Kanazawa Forus, a shopping mall in Kanazawa, Japan. Jolyne Cujoh was added to JOJO WORLD’s key visual for the Kanazawa venue, joining her predecessors in the Joestar family.

Furthermore, both Jolyne and Ermes Costello will get “Chimi Character” art for the occasion. “Chimi Characters” are drawn by the artist Yupon. They are essentially chibi characters that Yupon draws with unique eyes in their own style.

JOJO WORLD is a limited-time amusement center for the JoJo’s Bizarre Adventure anime, which was originally held in Japan from March 5, 2021 to December 19, 2021 at seven different locations, with Kanazawa now being the eighth location. The amusement center features attractions and minigames based on all current seasons of the anime and also has several goods for sale. For more images and information, see the wiki page.