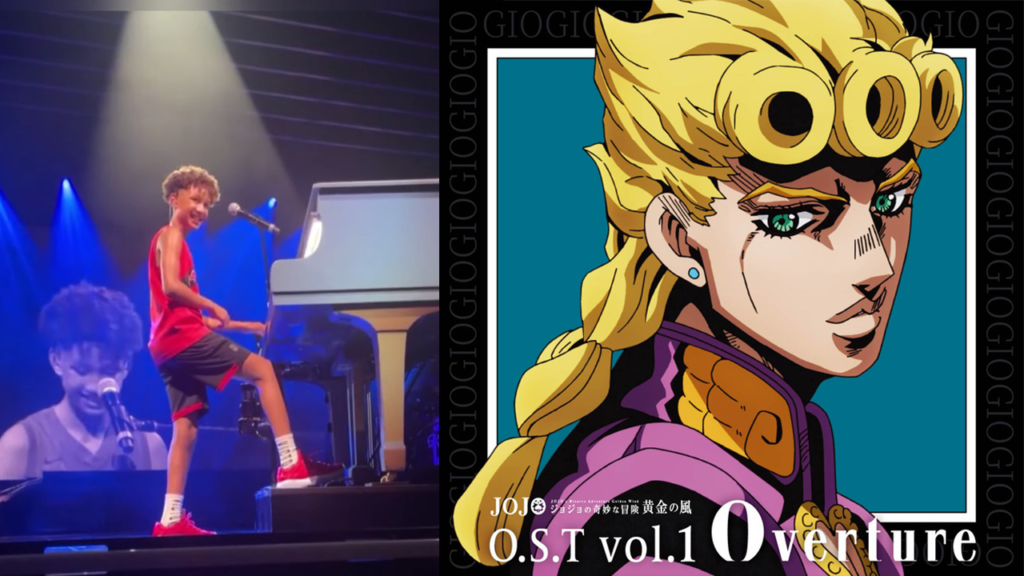 Egypt Dean, the eleven-year-old son of Alicia Keys, played the piano on stage during “The Alicia + Keys World Tour” in Mannheim, Germany on June 23, 2022. The first piece he performed was “il vento d’oro” from the JoJo’s Bizarre Adventure: Golden Wind anime’s soundtrack.

Egypt performed on stage in front of 17,000 people. Alicia Keys stated that her son had been asking her if he could go on stage every show but she was worried if he would get nervous due to the crowd. However, he performed confidently and made her proud. She shared her son’s performance on her Instagram.

After playing “il vento d’oro”, he also played “Merry Go Round of Life” from Howl’s Moving Castle and the Game of Thrones opening theme song.

It was the main theme of the Golden Wind anime played during iconic scenes and quickly rose to popularity, becoming known as “Giorno’s Theme” online (although his actual theme is “esperienza d’oro“). Giorno Giovanna is the protagonist of Golden Wind, which is the fifth part of the JoJo’s Bizarre Adventure manga series and fourth season of the anime adaptation.

“il vento d’oro” was originally uploaded to YouTube unofficially and received over 134 million views before being taken down in November 2021 by a copyright claim from Warner Bros. Entertainment.