Medicos announces many new JoJo figures and statues at Wonder Festival 2022 Summer, including Ringo and Wekapipo SAS and a Pucci Nendoroid. 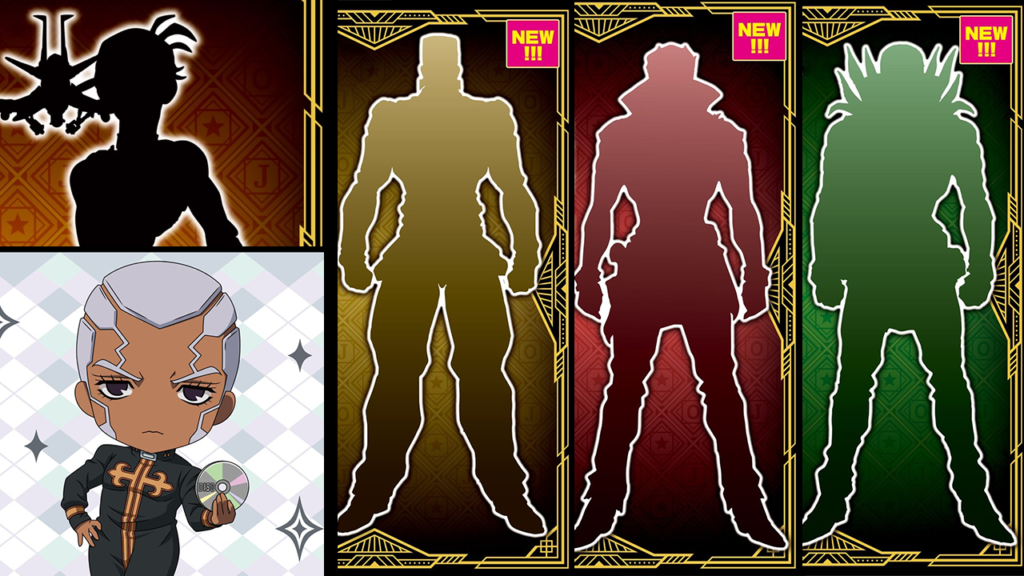 Alongside Keicho Nijimura from Diamond is Unbreakable, Ringo Roadagain and Wekapipo from Steel Ball Run will be getting new Super Action Statue figures. It will be their first figures in the SAS series. At the moment, Medicos only revealed silhouettes of them.

In addition, Narancia Ghirga from Vento Aureo (Golden Wind) will be receiving a second figure in the series which is wearing a black outfit.

The two characters and their Stands are from the fourth part of JoJo’s Bizarre Adventure, Diamond is Unbreakable.

Along with Weather Report and Anasui who were revealed last December, Enrico Pucci will be getting a new Nendoroid figure. Pucci is the main antagonist of Stone Ocean.

The tentative preorder date for Foo Fighters is in August 2022, whereas Jotaro’s is scheduled to be in October 2022.

The tentative preorder date for Jolyne is in November 2022.

The tentative preorder dates for DIO and The World are in August 2022.