Rohan’s anime voice actor, Takahiro Sakurai, was cheating on his wife for ten years with the broadcast writer of his radio program. 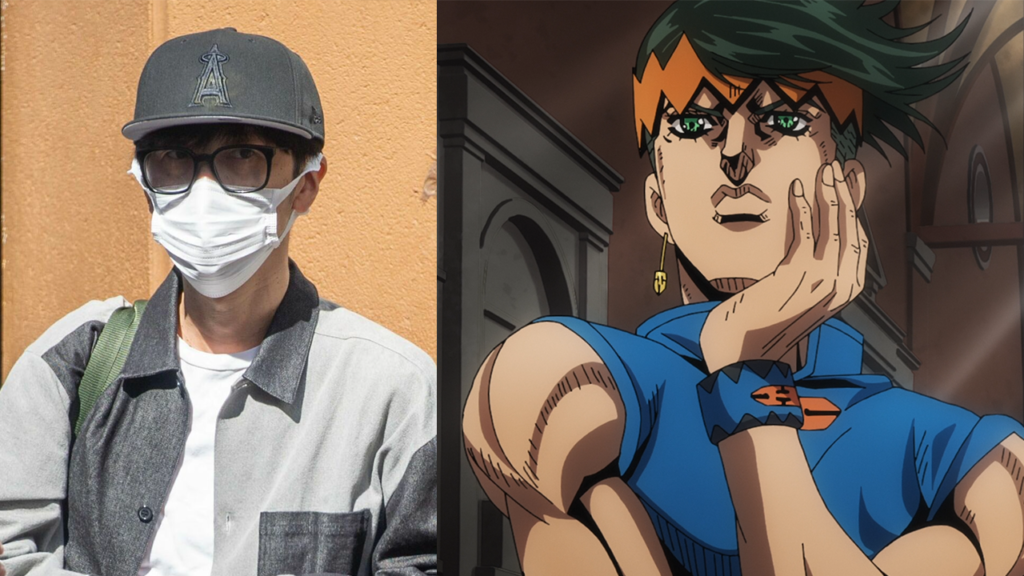 Popular voice actor, Takahiro Sakurai (48), who plays the voice of JoJo’s Bizarre Adventure‘s Rohan Kishibe and several other main characters in anime and video games, admitted to have been cheating on his wife for ten years. Sakurai was married to a former voice actress for 20 years, but kept the marriage a secret until disclosing it in September 2022.

Sakurai was a host on the radio program “P.S. I’m Fine. Takahiro” (P.S.元気です。孝宏 P.S. Genki Desu. Takahiro) for 9 years. On October 24, Sakurai abruptly shut down the program, ending its nine-year-run. An apology was posted on the show’s Twitter account (@ps_genki):

We apologize for the abrupt end of the program. It was thanks to everyone who supported us that we were able to continue the program for over 9 years. I would like to express my deepest gratitude to all the staff and everyone involved. I’m really thankful to you.

Bunshun Online interviewed Sakurai about his adultery while he was heading to work. The other woman, referred to as “A-ko”, was a broadcast writer working with Sakurai on the program the whole time. While they were dating, Sakurai and A-ko had been discussing marrying each other. Just before the recording of the final episode, A-ko learned about Sakurai actually being married to someone else. She was so shocked that she was rushed to the hospital after hearing the news.

Sakurai confirmed that he was dating A-ko for 10 years and that she didn’t know he was married. He now told his wife about A-ko and they are continuing to talk about the situation.

After the short interview, a spokesperson for Sakurai from his affiliated agency, “INTENTION“, spoke to Bunshun Online as well. The agency confirmed that they didn’t actually know Sakurai was married either. They also stated that A-ko will be retiring from the broadcast writer business. They haven’t met with Sakurai’s wife yet, but they stated that Sakurai feels guilty for what he has done.

The agency posted Sakurai’s apology later on their website, which is translated below:

I would like to take this opportunity to apologize to everyone from the bottom of my heart for any inconvenience caused by my inappropriate behavior.

This incident is the result of my irresponsible behavior; my actions are in no way excusable, and I deeply regret that I betrayed everyone’s trust.

From now on, I will seriously reflect upon my behavior and make a sincere effort to regain the trust I’ve lost.

It is currently unknown what will happen to Sakurai’s career. Tatsuhisa Suzuki, the voice of Prosciutto, had went on hiatus after he cheated on his wife LiSA. However, he still voiced Prosciutto in All-Star Battle R afterwards. Furthermore, Daisuke Namikawa had an affair as well but continued voicing characters and getting new roles, such as being Narciso Anasui in the Stone Ocean anime.

It’s also not the first time one of Rohan’s voice actors had a scandal. His English voice actor, Vic Mignogna, was replaced with Landon McDonald in the Thus Spoke Kishibe Rohan OVAs after Mignogna had several allegations of harassment and inappropriate behavior.