The clothing brand “niko and…” is collaborating with JoJo’s Bizarre Adventure in China and revealed new posters for their announcement. 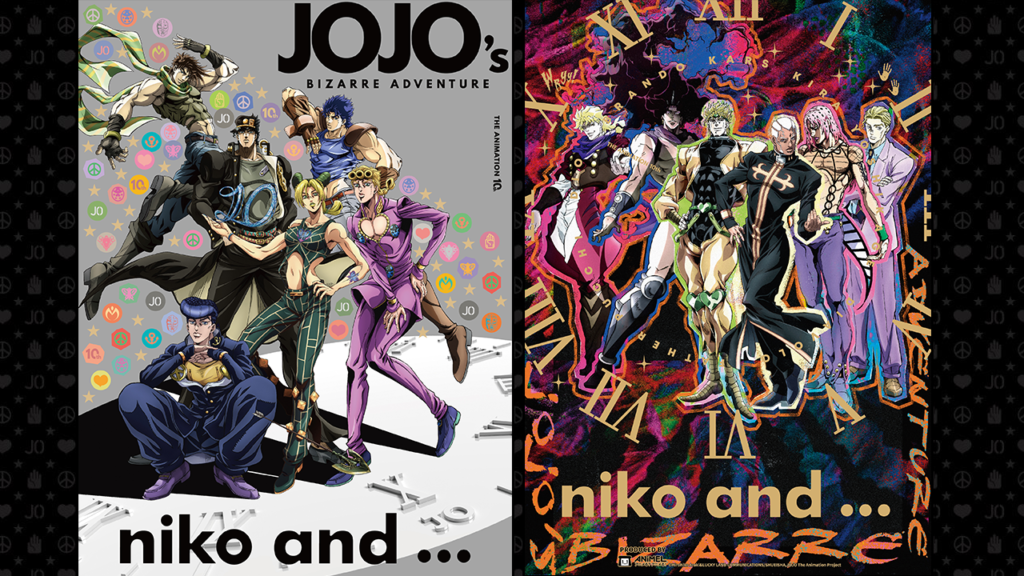 The clothing brand “niko and…” is collaborating with JoJo’s Bizarre Adventure once again in China for the anime’s tenth anniversary. They previously collaborated in December 2021 by holding a limited-time pop-up event in Shanghai.

This collaboration is produced by ANiMEL, who is also producing the Stone Ocean diner this month.

Details about the collaboration with niko and… is currently unknown. However, they have revealed two new posters. One of them has brand new art of the Joestars (Jonathan, Joseph, Jotaro, Josuke, Giorno, and Jolyne). The second one reuses the default renders of the main antagonists from each part (Dio Brando, Kars, DIO, Kira, Diavolo, and Pucci).

More information will be revealed later.