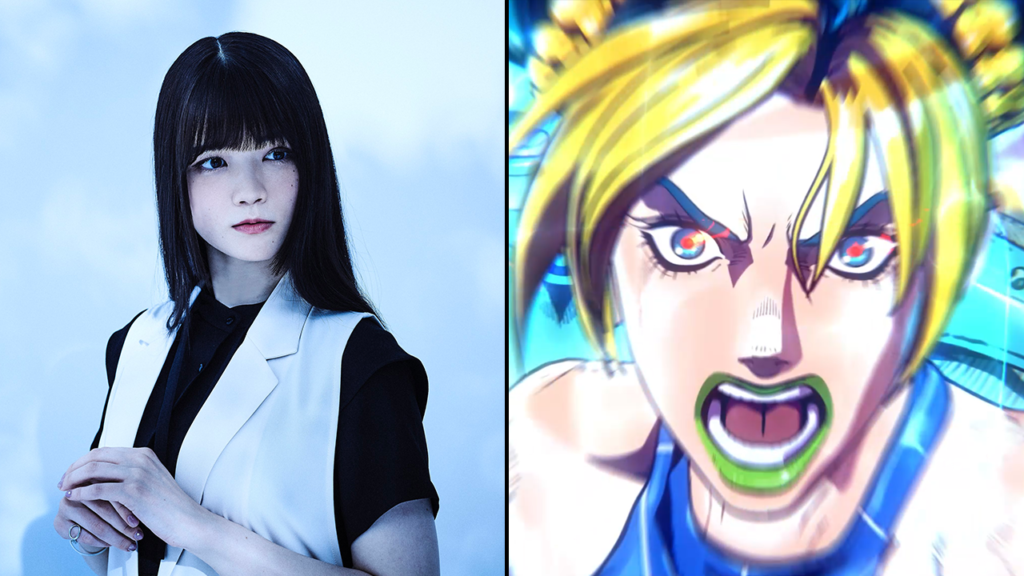 The JoJo’s Bizarre Adventure: Stone Ocean anime received a new opening for its finale starting from episode 25 onward. It is titled “Heaven’s falling down“, performed by sana from the band sajou no hana.

sana is the vocalist of MOB CHOIR, the artist of all of Mob Psycho 100‘s openings and the third season’s ending. Moreover, she performs all of the ending themes in Mob Psycho 100 II along with her band.

Shoko Fujibayashi is the lyricist. She previously wrote the lyrics for the first, third, fourth, ninth, and tenth openings of JoJo’s Bizarre Adventure: The Animation. Yugo Kanno is the composer, who composed the soundtrack of the anime from Stardust Crusaders onward.

“Heaven’s falling down” is the eleventh opening overall for the JoJo anime. Kamikaze Douga animated the opening sequence. They previously animated “JoJo ~Sono Chi no Sadame~”, “BLOODY STREAM”, “STAND PROUD”, “JoJo Sono Chi no Kioku ~end of THE WORLD~”, and “STONE OCEAN”. Their openings use 3DCG with cel shading and a lot of flair.

“Heaven’s falling down” will release digitally on Friday, December 2, 2022. Like the previous openings, the tracklist includes an English version and instrumental version.

sana was born on May 25, 1999, and is mostly known for singing anime and J-pop songs. She made her debut in 2016 singing the opening theme of Mob Psycho 100, “99”. She is the vocalist of sajou no hana, a Japanese band consisting of herself, composer Sho Watanabe, and bassist Takuya Kitani.

Her band also performed “Parole” in A Certain Scientific Accelerator and “Tentou” in Is It Wrong to Try to Pick Up Girls in a Dungeon? Season 4.